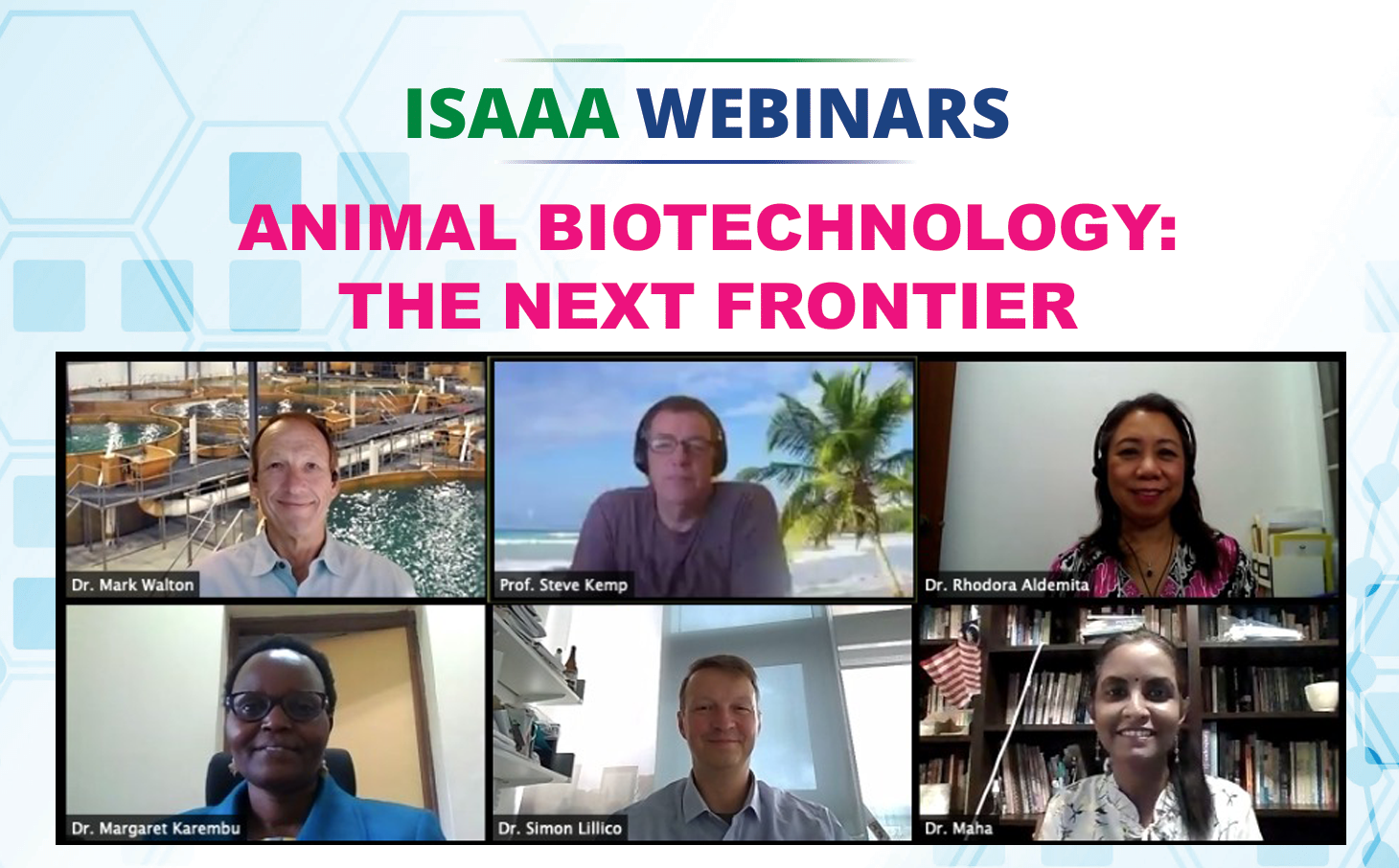 Animal biotechnology has been primed to contribute significantly towards addressing the challenge of food security, especially in the developing world. During the webinar "Animal Biotechnology: The next frontier," organized by ISAAA AfriCenter on August 27, 2020, experts agreed that animal biotechnology is an inevitable part of the toolkit to address climate-related challenges.

The panelists and attendees were welcomed to the webinar by AfriCenter Director, Dr. Margaret Karembu.

SEAsiaCenter Director Dr. Rhodora R. Aldemita was the webinar's moderator and facilitated the questions from attendees that were answered by the panelists.

In her closing remarks, ISAAA Global Coordinator, Dr. Mahaletchumy Arujanan, highlighted the need to carry out public engagements in the area of animal biotechnology. Dr. Arujanan called on scientists to speak up and play a role in influencing public opinion. She said ISAAA is committed to working with stakeholders to promote decision-making processes.