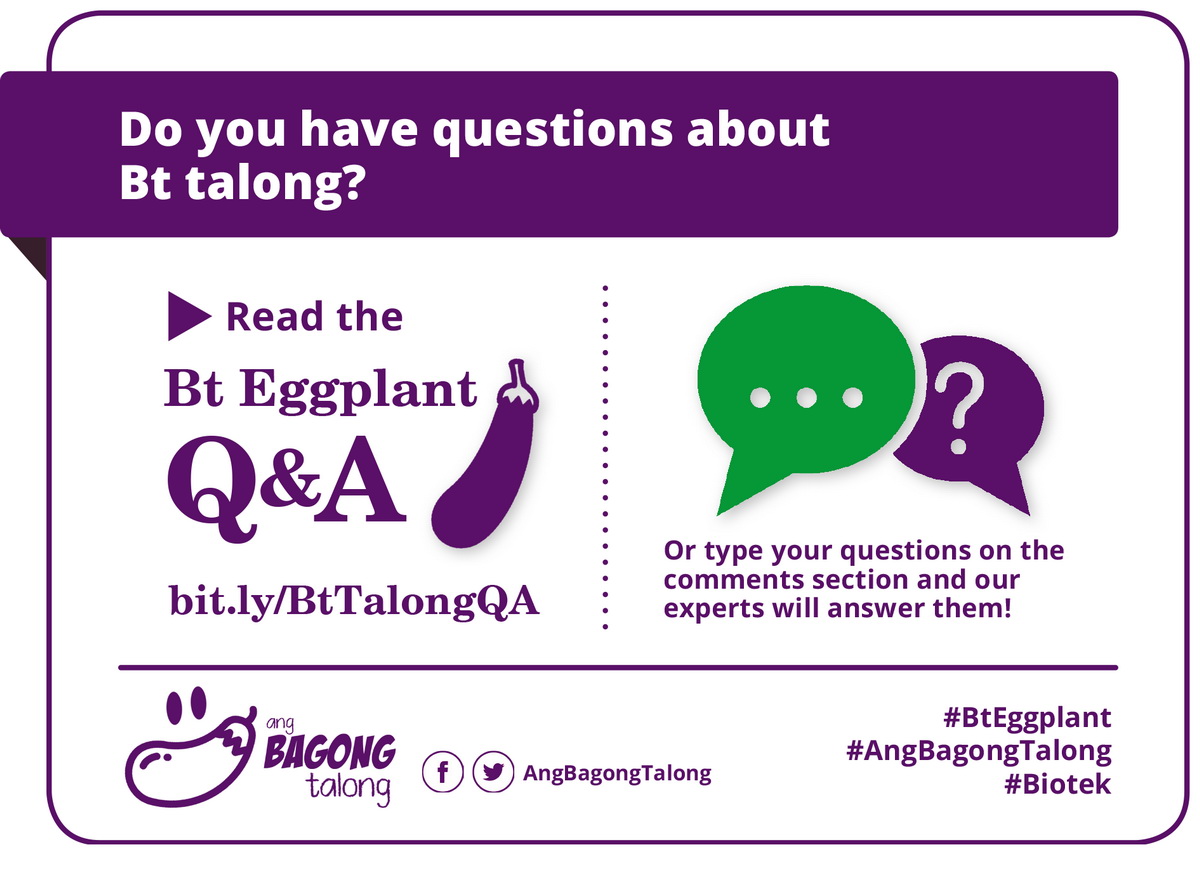 ISAAA started a social media campaign “Ang Bagong Talong” on Facebook and Twitter to raise awareness, share information, and answer some of the most frequently asked questions about Bt talong (eggplant). Launched on March 29, 2021, the campaign focused on the regulatory stages that the Bt talong went through as well as the potential benefits of the technology to Filipino farmers and the local and international organizations involved in the development. The readers were encouraged to ask questions about Bt talong. Available resource materials such as the Bt Eggplant Q&A and Bt Eggplant Resource Page were also shared to the public for further reading. 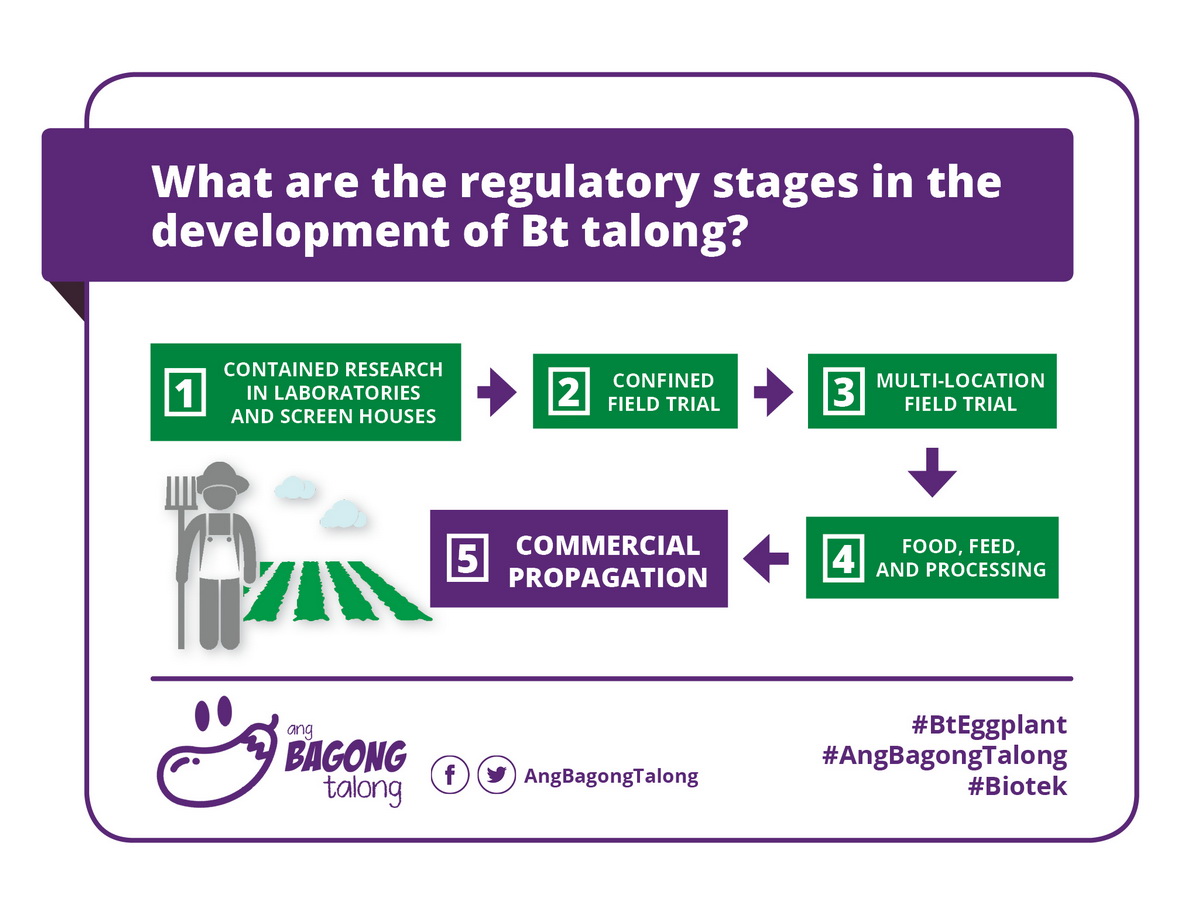 “Ang Bagong Talong” translates to “The New Eggplant,” but how is this exactly new? Bt talong is an insect resistant eggplant developed through genetic engineering. It contains an insecticidal protein from the common soil bacterium Bacillus thuringiensis that makes it resistant to eggplant fruit and shoot borer (EFSB). Bt talong has been proven to be safe for humans, farm animals, and non-target insects. Once Bt talong becomes available to Filipino farmers, it will be a new variety set apart from the conventional ones because of its resistance to pest. 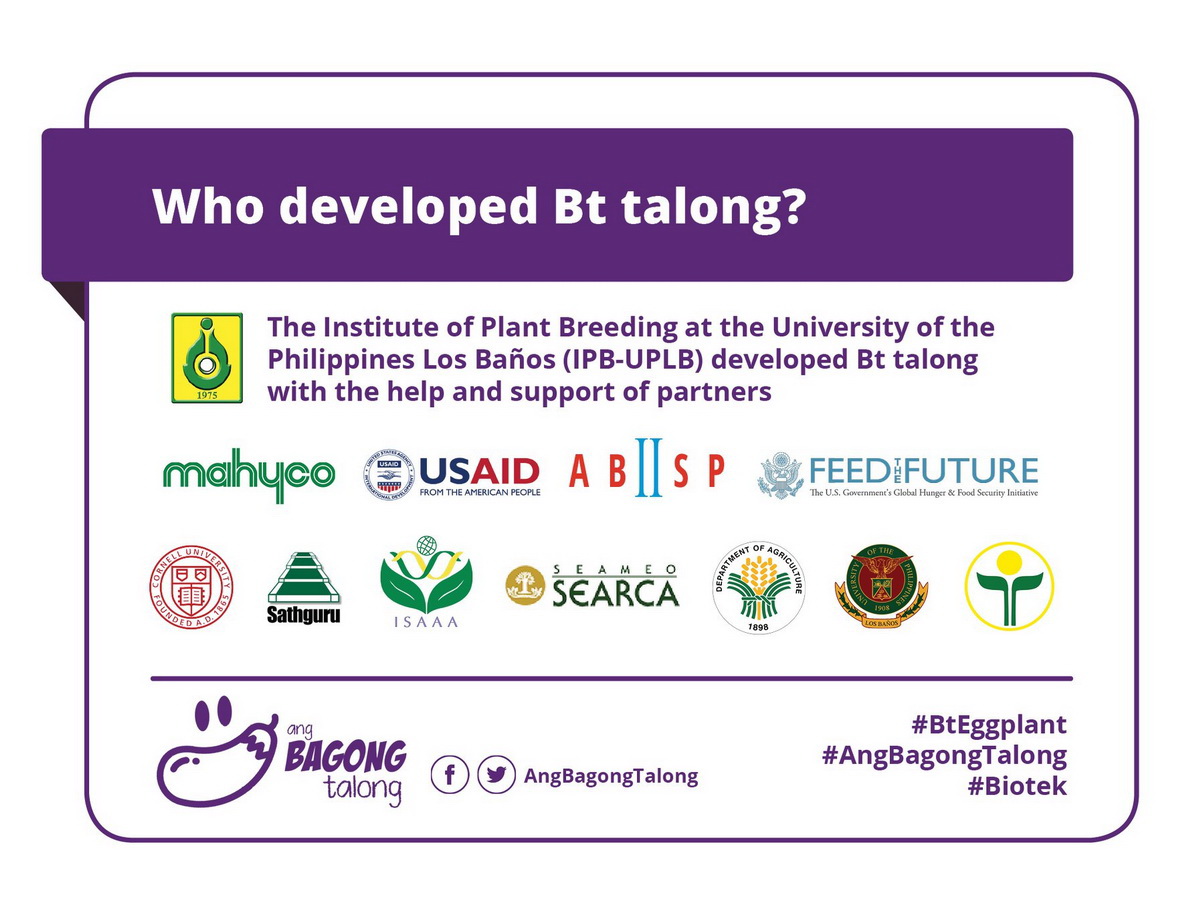 Bt talong is being developed by experts at the Institute of Plant Breeding at the University of the Philippines Los Baños (IPB-UPLB) with the help and support of Maharashtra Hybrid Seeds Co. (Mahyco), the US Agency for International Development (USAID), Agricultural Biotechnology Support Project II (ABSP II), Feed the Future, Cornell University, Sathguru, ISAAA, SEARCA, Department of Agriculture, UP Los Baños, and the UPLB Foundation Inc. Field testing in multiple locations showed that Bt talong have high levels of resistance against EFSB compared to non-Bt eggplant varieties. Filipino farmers could double their net income because of the additional yield and reduced production costs. Thus, eggplant farmers are hopeful that the new eggplant variety will be available to them in the near future.

The Bt talong social media campaign is an ongoing initiative to help Filipinos get information on the technology and make informed decisions about its acceptance, adoption, and use.

To learn more about the campaigns, visit Ang Bagong Talong on Facebook and Twitter. For more information about Bt talong, visit the Bt Eggplant Resource page.