Perspectives on Gene Editing Policies in the Asia Pacific

Which countries in the Asia Pacific have established gene editing policies? Is it possible to harmonize regulations on gene editing? These are some questions tackled by over 60 participants in the Workshop on Policy Considerations for Gene Editing: The Asian and Australian Perspective held on August 23-25, 2022 at Sunway Clio Hotel, Petaling Jaya, Malaysia. The workshop was organized by ISAAA Inc., ISAAA-BioTrust Global, Malaysian Biotechnology Information Centre (MABIC), Murdoch University, and the National Seed Association Malaysia. 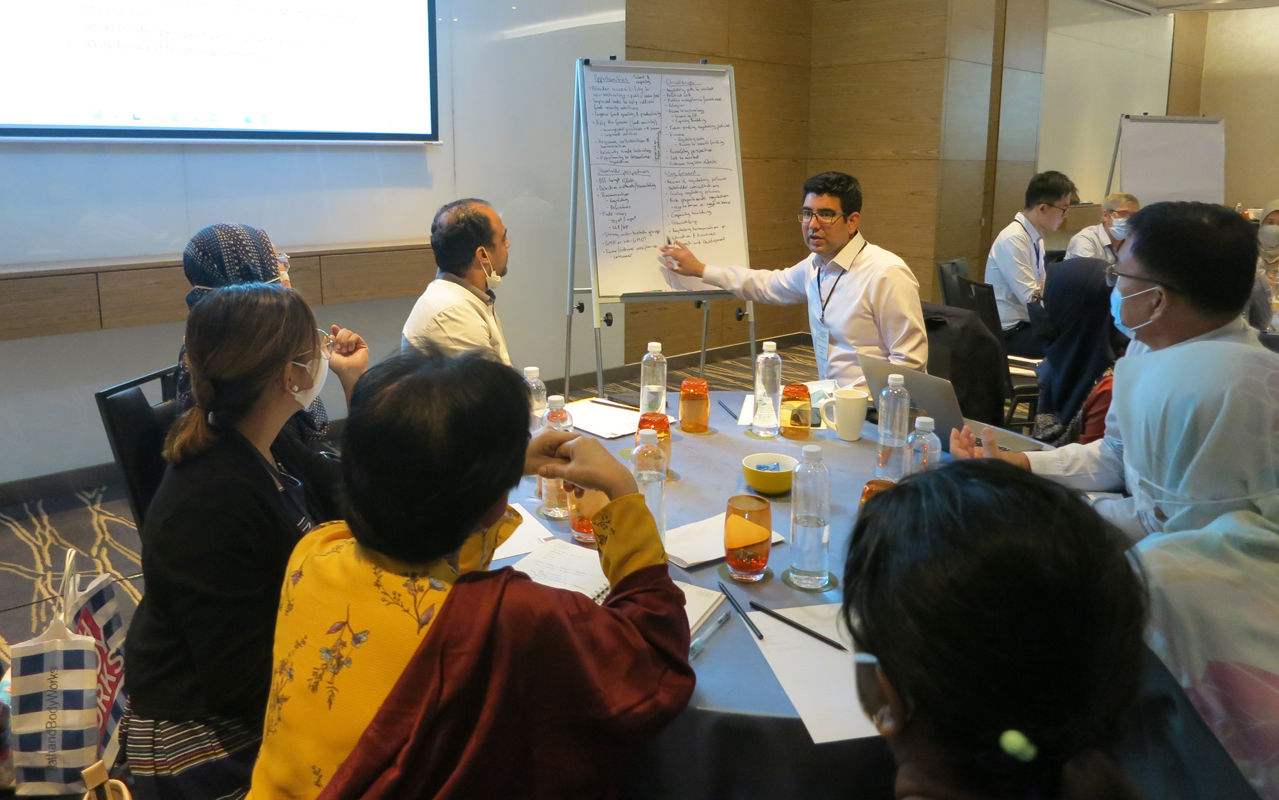 One of the sessions in the workshop focused on the policies and regulations implemented per country. For the first part of the session, representatives from Australia, Japan, India, the Philippines, and Singapore were invited to share developments on gene editing policies in their respective countries. The discussions are summarized as follows:

Australia has a well-developed regulatory system for GM products, which are evaluated case-by-case. SDN1 products are not considered GMO, but SDN2 products are regulated as GM products. However, if the transgene expressed has been degraded in the final product, it is not subject to regulation.

India released new guidelines for gene-edited plants on March 30, 2022. According to the guidelines, SDN1 and SDN2 products without transgenes are deregulated; SDN3 products are regulated as GMOs. More detailed guidance with clearer definitions, processes, and tasking was released in May 2022.

The Philippines is known to be the first country in Southeast Asia to have an operational regulatory system for GM crops. It has also released guidelines for plant and plant products derived from NBT or PBI which states that the absence of a novel combination of genetic material in the final product makes it a non-GMO/conventional product. The Philippine regulation is also framed to be flexible as it includes technologies that are still in the pipeline.

Singapore has guidance on gene editing coming out soon. On this guidance, gene-edited crops without foreign DNA will not be required to undergo the pre-market safety assessment. 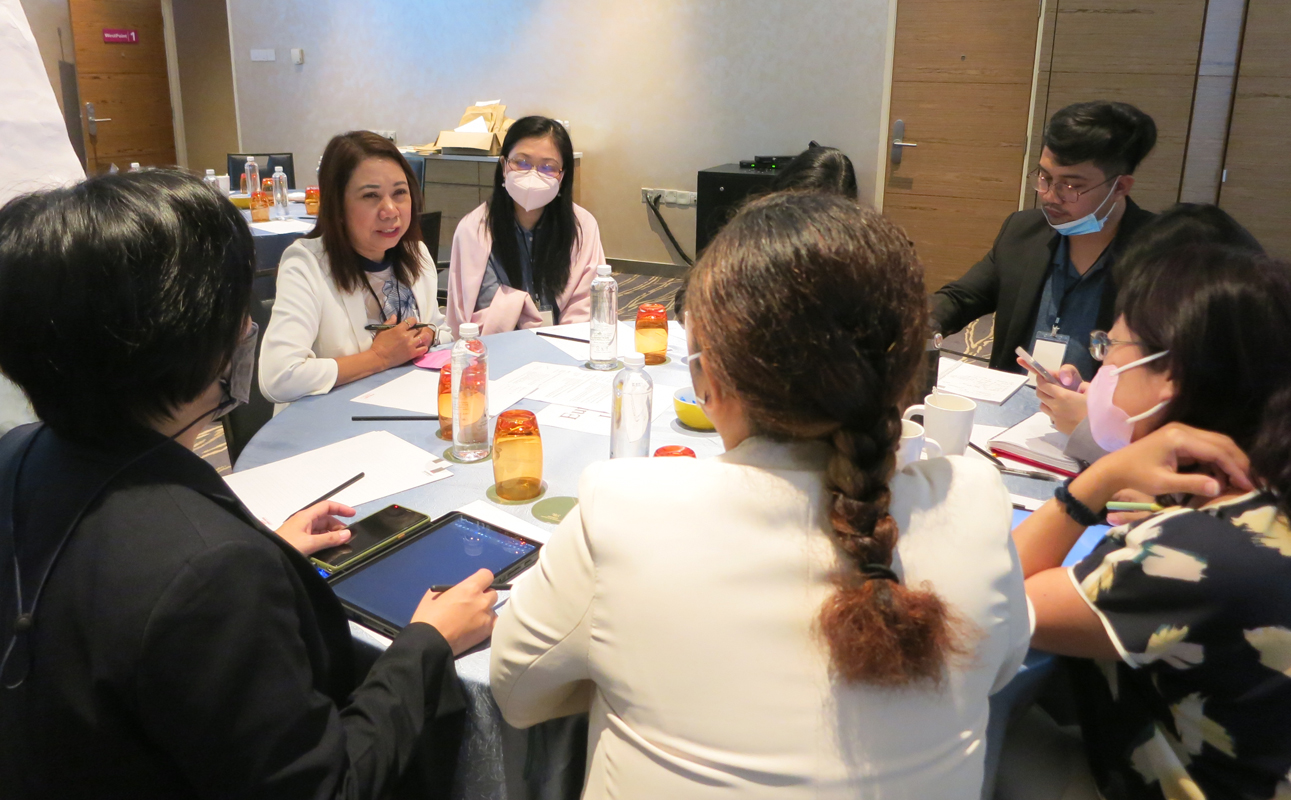 Though there are no established rules yet about gene editing, representatives from Malaysia, Thailand, Indonesia, Vietnam, Taiwan, and South Korea were asked to present progress or impediments in establishing gene editing policies in their respective countries. The key points discussed are summarized below:

Malaysia has new policies supporting modern biotechnology, particularly for the conservation of biodiversity. It exemplifies simple, straightforward governance of such products. However, no product has reached the point to test the regulations.

Thailand has an existing biosafety regulatory system for GM crops and fishes, as well as for the conduct of R&D involving modern biotech. Food products derived from GED are assessed based on three categories: Category I (SDN1) with minimal data requirements; Category II (SDN2) with case-by-case additional requirements to assess product characteristics; and Category III (SDN3) with more requirements including compositional, toxicological, and allergenic data, among others.

Indonesia has no regulations in place. FGDs have been conducted to gather information for the guidelines to be developed. At present, any product using GED technology will be assessed by a technical team that will evaluate if it is GM or non-GM. One application has been received for rice with tolerance to lodging and the proponents were asked to provide more scientific evidence for it to be released as a non-GM product.

Vietnam has no regulation yet but ongoing research on GED rice, maize, and soybean shows positive results. The project development of the bioindustry in agriculture up to 2030 includes biotech R&D.

Taiwan has a very conservative stance because of the misinformed public. Even neutral terms such as DNA and chemicals are considered by the public dangerous. There are ongoing studies on GED regulated by the Ministry of Science.

South Korea implements the LMO Act but there is confusion in the definitions and interpretation of terms. For example, “novel combination of genetic materials” is interpreted by policymakers as any genetic change. The government recently submitted a proposal to the National Assembly for the amendment of the LMO Act with suggested changes involving genome-edited products.

Prospects for Harmonization of Regulations

Concerns with harmonization are not unique to GM and gene-edited crops. It is also experienced in food additives and ingredients. While it is ideal to have harmonized regulations in the Asia Pacific, the country representatives acknowledged that it is a challenge since every country might want to regulate differently. However, some parts of the regulations could be harmonized, such as the definition of terms, data requirements, decision timelines, data transportability, and techniques for assessment. The experts push for science diplomacy to facilitate harmonization and formulation of international agreements initiated by international agencies.