Preparing for the Adoption of the Post-2020 Global Biodiversity Framework

From December 7 to 19, 2022, the 15th meeting of the Conference of the Parties (COP15) to the Convention on Biological Diversity (CBD) takes place in Montreal, Canada. The opening ceremonies was highlighted by messages from Prime Minister Justin Trudeau and UN Secretary General Antonio Guterres who gave  opening messages in support of biotechnology  innovations and science-based policies. Among these meetings is the 10th meeting of the Conference of the Parties, serving as the meeting of the Parties (MOP10) to the Cartagena Protocol on Biosafety (CPB). One of the anticipated highlights of this year’s COPMOP meetings is the decision to adopt the Post-2020 Global Biodiversity Framework (Post-2020 GBF), an initiative that started in 2018. Much of the contents of the draft are still under negotiations, or “in square brackets,” as those involved in the discussions put it. If the Post-2020 GBF is finalized during COP15MOP10, then the world is one step closer to “living in harmony with nature.” 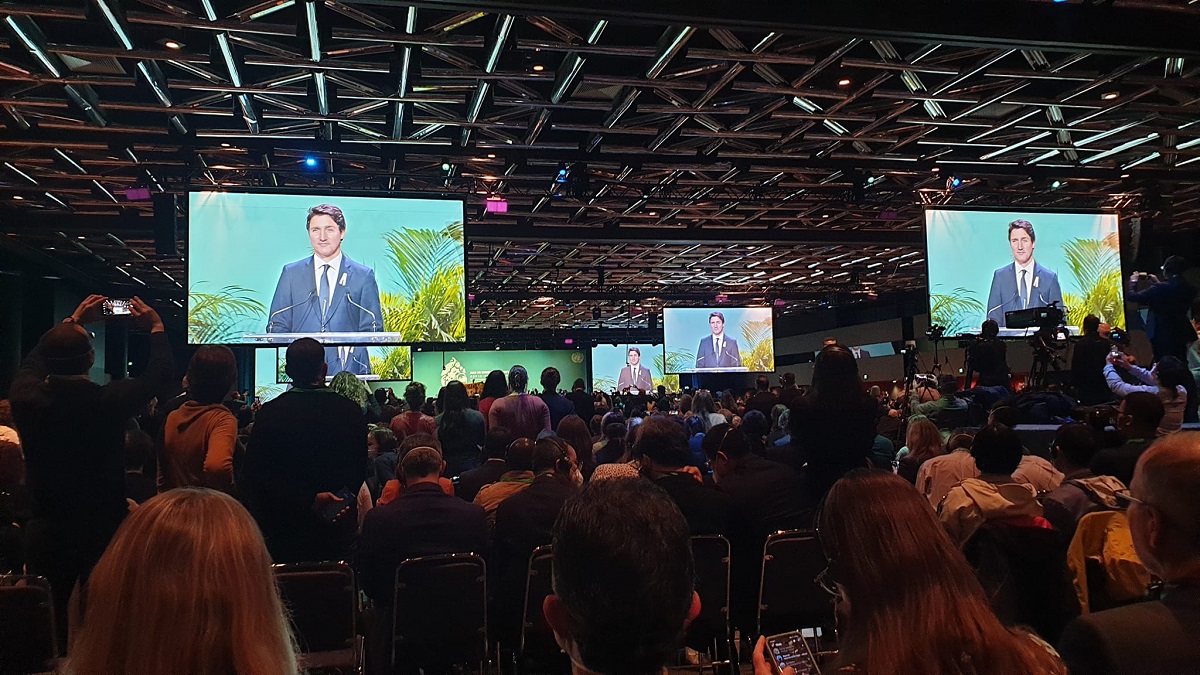 A framework to conserve biodiversity

The Post-2020 GBF aims to halt biodiversity loss by 2030 and achieve recovery by 2050 by impacting research and development, commercialization, and trade. Based on the framework’s vision and mission, which are also still in square brackets, the framework is a tool that will urge governments and society to work towards conservation and sustainability, and ensure the fair and equitable sharing of benefits from the use of genetic resources and put biodiversity to recovery by 2030. The 2050 Vision of “Living in harmony with nature” states that biodiversity should then be valued, conserved, restored, and wisely used to maintain ecosystem services, sustain a healthy planet, and deliver benefits essential for all people. The Post-2020 GBF is expected to contribute to the objectives of the CBD, its Protocols, and other biodiversity-related multilateral agreements, processes, and instruments.

The framework was conceptualized during the COPMOP meetings in 2018, wherein an open-ended Working Group was formed to develop it specifically. The draft was created from scratch during the second meeting in Rome, Italy in February 2020. It was updated in July 2020 to include the outcomes of the second meeting. The negotiations to finalize the document started during the third meeting and then resumed during the fourth meeting in Nairobi, Kenya, in June 2022. The group had completed four meetings, and mid-way, the draft was finally presented on July 12, 2021. Unfortunately, the Working Group still needed to reach a consensus. The negotiations are expected to be finalized during the fifth and final meeting in Montreal. 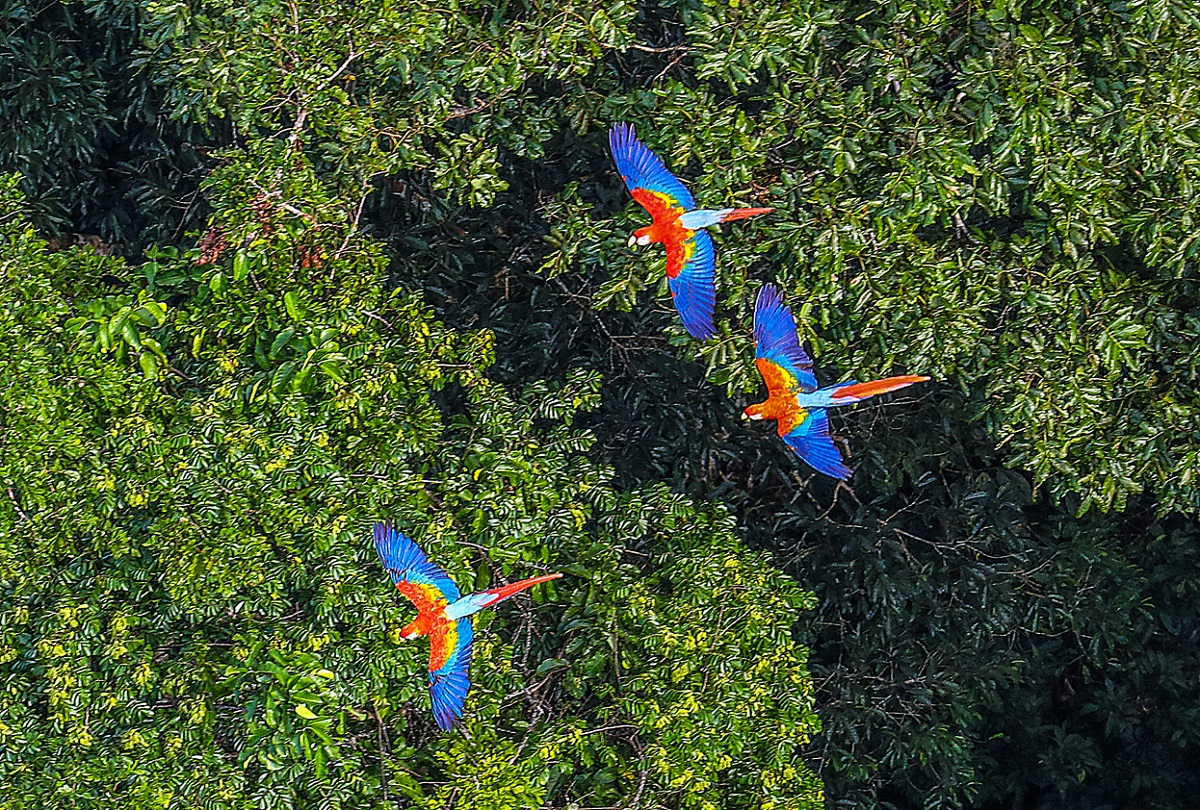 Within the Post-2020 GBF is a provision that involves biotechnology – Target 17. It can be found under the third section, “Tools and solutions for implementation and mainstreaming.” It states, “Establish, strengthen capacity for, and implement measures in all countries to prevent, manage or control potential adverse impacts of biotechnology on biodiversity and human health, reducing the risk of these impacts.” While the statement sounds simple and feasible enough, the discussions during the fourth meeting of the Working Group ended with about 20 squares for Target 17 alone. The implications of the square brackets were explained by Wadzanayi Goredema-Mandivenyi, Head of the CBD Biosafety Secretariat, during an online workshop on the recap and debrief of the COPMOP discussions hosted by ISAAA Inc. in October 2022. She explained that the discussion points for Target 17 during the fourth meeting included balancing the target to include benefits from biotechnology as well as risks. Identifying between quantitative and qualitative as potential indicators has also not been resolved, while the placement of the statement “meeting the people’s needs through sustainable use and benefit sharing” was also raised along with the Target being under the section “Tools and solutions for implementation and mainstreaming.”

Prof. Piet van der Meer of Ghent University also highlighted two more points of discussion during the same workshop– should Target 17 also address the potential benefits of biotechnology for the objectives of the CBD as found in the CBD’s Article 16, and should the biosafety part of the Target refer to “potential adverse impacts of biotechnology” or “potential adverse impacts of LMOs” in reference to the CBD?

These are only a few items that need to be resolved for Target 17 of the Post-2020 GBF, and the framework has 21 targets in total. If it is to be adopted by the end of the meeting in Montreal, much work needs to be put in by the Working Group to achieve consensus. 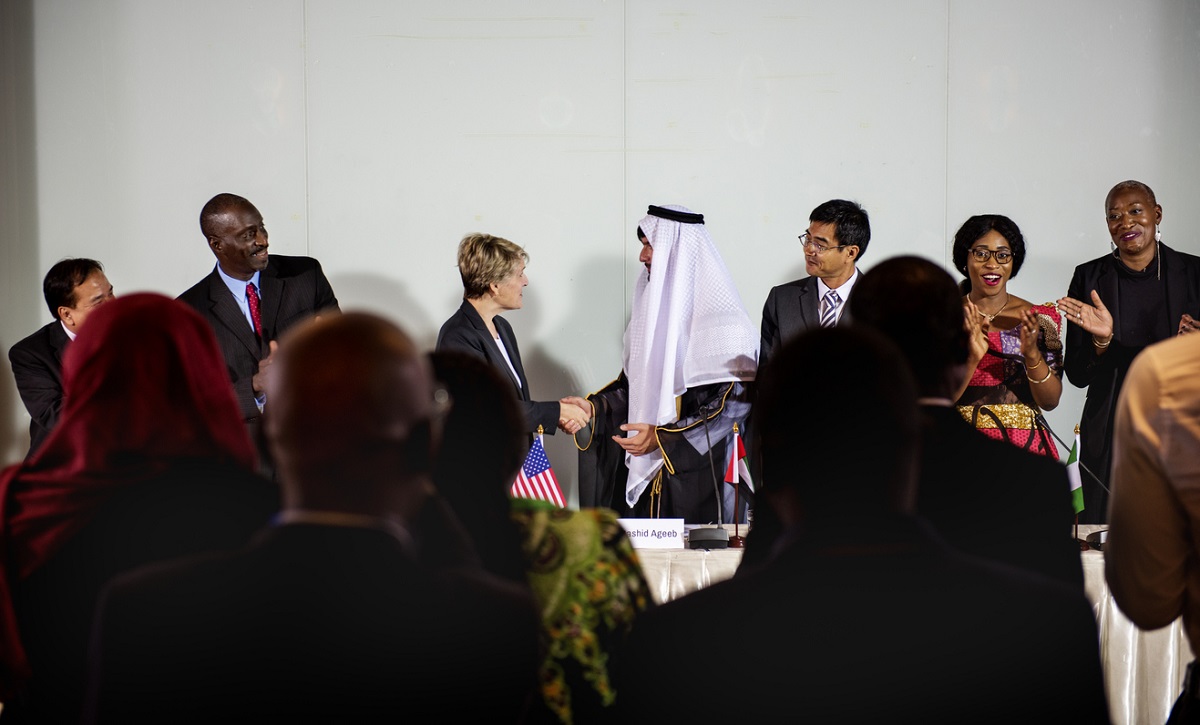 How the negotiations work

According to the CBD website, the negotiations are led by a dedicated open-ended intersessional Working Group headed by two co-chairs and overseen by the Bureau of Conference of the Parties. They are guided by a set of principles that includes provisions for global, regional, and thematic consultation meetings. They also use an information note to contribute to the development of the Post-2020 GBF to provide background information and to outline the different opportunities for Parties, other Governments, and all relevant organizations and stakeholders that would like to participate.

During previous negotiations, Dr. Lucia de Souza of the Public Research and Regulation Initiative confirmed that the majority of the provisions of the Post-2020 GBF are still under negotiations and that most target texts are still bracketed. She mentioned this during the regional Pre-COPMOP workshop for Southeast Asia in November 2022, which ISAAA Inc. also hosted. She observed that the CBD Secretariat’s approach for the upcoming meetings is to focus deliberation on less advanced topics.

Dr. de Souza said that the Chairs have requested the Parties to avoid introducing new texts into the framework and rather focus on narrowing down the drafts developed to resolve as many brackets as possible and recommended a single formulation for each goal and target to facilitate faster negotiations and reach a consensus soon.

Stakeholders of the Post-2020 GBF anticipate its adoption before the year ends. But with so many square brackets to be resolved, the negotiations seem to be still far from the final stages. The fifth and last meeting of the Working Group in Montreal will determine whether the framework will be put in place or if more negotiations are needed.

Note from the editor: ISAAA (ISAAA Inc. and AfriCenter) participates in the negotiations with like minded organizations such as Alliance for Science and the Public Research and Regulation Initiative.