From August 4 to 6, 2021, ISAAA, the Malaysian Biotechnology Information Center, Public Research and Regulation Initiative (PRRI), and the United States Department of Agriculture, conducted the Pre-COP-MOP 2021: Asian Regional Workshop on Current and Upcoming Items Under CBD and its Protocols. The workshop aimed to prepare experts, officials and regulators from Asia for the agribiotechnology negotiations in the upcoming Conference of the Parties-Meeting of Parties (COP-MOP) of the Convention on Biological Diversity (CBD). A total of 133 participants from 16 countries registered for the workshop to learn more about the meeting and stay updated about the developments. International experts were invited to talk about parts of the CBD and the Cartagena Protocol on Biosafety (CPB) and some specific topics related to it to update and prepare the participants on what is discussed in the COP-MOP, and how to negotiate during the meetings. 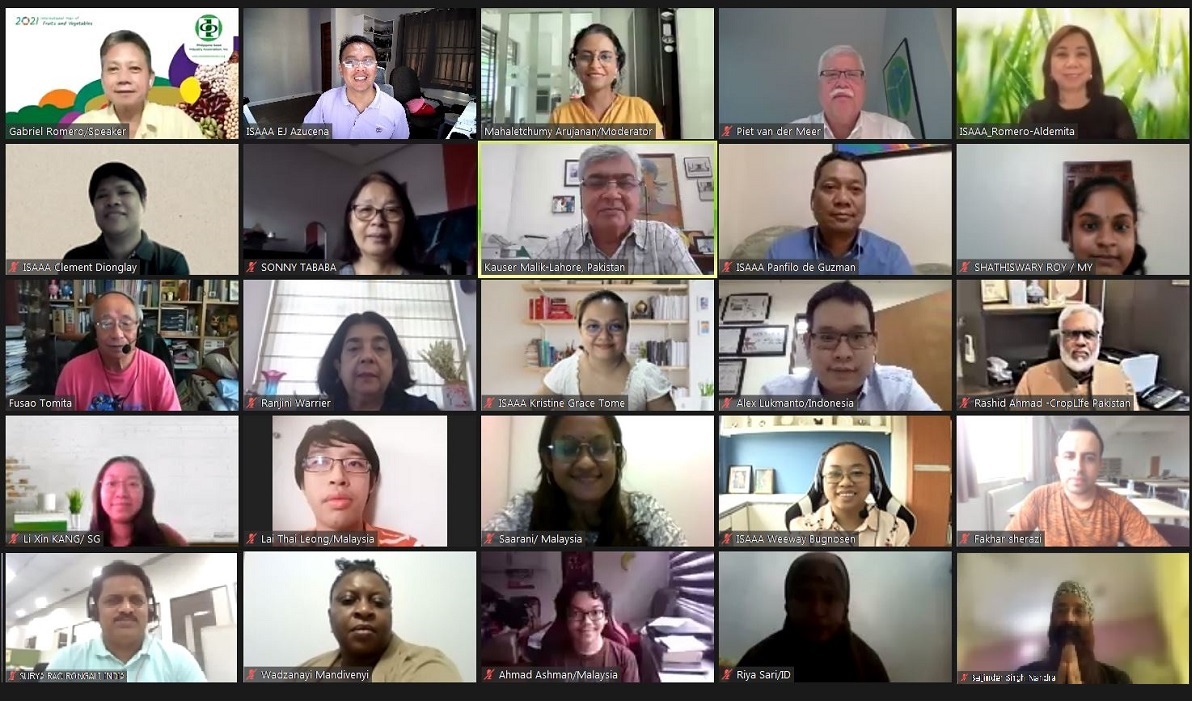 The Convention on Biological Diversity and the Cartagena Protocol on Biosafety

The Convention on Biological Diversity, or CBD, is a tool dedicated to promote sustainable development signed by 150 government leaders during the 1992 Rio Earth Summit and is used to translate the principles of Agenda 21 into reality. It recognizes that biological diversity involves not just the plants, animals, microorganisms and the ecosystems that they live in, but also the people who live in them and their need for food security, medicines, fresh air, water, shelter and a clean and healthy environment. On the other hand, the Cartagena Protocol on Biosafety to the CBD (CPB) is an international agreement adopted in 2000 and enforced in 2003 that aims to ensure the safe handling, transport, and use of living modified organisms (LMOs) developed using modern biotechnology that may have adverse effects on biological diversity, taking also into account risks to human health.

These instruments were the main topic of the workshop, with their history and background discussed by Prof. Piet Van Der Meer of Ghent University. Van der Meer is a former regulator and has been involved with the CBD from the beginning. He also assisted pre-EU-accession countries in Central and Eastern Europe with biosafety/GMO regulation and managed the UNEP-GEF projects on Implementation of National Biosafety Frameworks in the early 2000s. According to Van der Meer, the CBD and the CPB do not overlap. “They are connected to each other. One lays the foundation, the other the details. They are linked,” he said.

The CBD Provisions Relevant to Biotech and Biosafety

It is the first element that Van der Meer emphasized the most. “The Protocol is not a blueprint. It’s a system set up for countries with no (biosafety regulatory) system,” he explained. The CPB’s main operational procedures state that a country must notify the intended transboundary movement for international introduction of LMOs into the environment, that the receipt of the LMO must be acknowledged, and that a risk assessment evaluation must be conducted to draw a concluded decision. Its implementation is kept under review by the Conference of Parties serving as the Meeting of the Parties to the Protocol (COP-MOP). 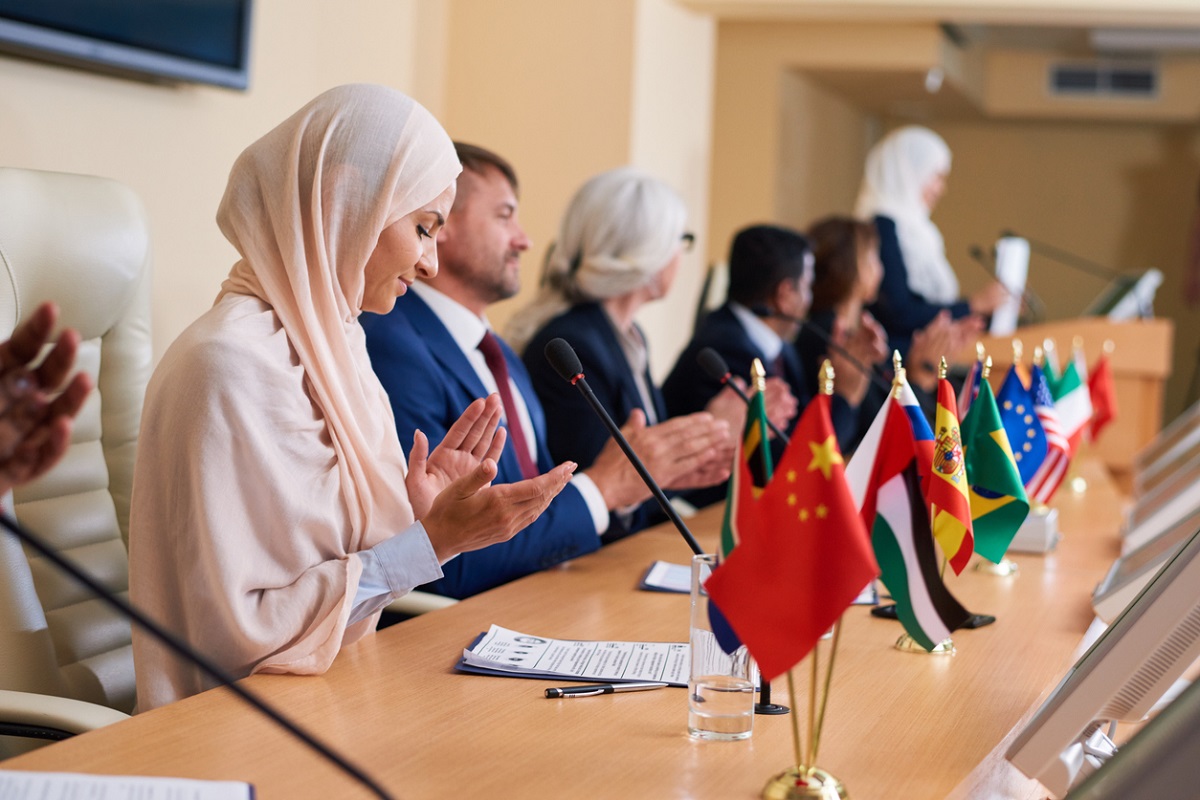 Every two years, the COP-MOP holds meetings in conjunction with the COP to the CBD to further discuss the Protocol and the updates related to its contents. Its main task is to keep the implementation of the Protocol under review and promote its effective implementation. The topics to be discussed every COP-MOP is determined in the previous COP-MOP held. In between those two years, there are also meetings held to support the next COP-MOP meeting. Van der Meer demonstrated in his presentation that the process begins with studies and submissions made by different governments and organizations to the CBD Secretariat. These are discussed in open-ended fora and then, depending on the topic of the submission, are assigned to either the Ad Hoc Technical Expert Group (AHTEG) or the Liaison group to the Protocol. The matters discussed by the AHTEG is forwarded to the Subsidiary Body of Scientific, Technical and Technological Advice (SBSTTA), while those discussed by Liaison group are forwarded to the Subsidiary Body on Implementation (SBI) which in turn are further discussed in Open-Ended Working Group on the Post-2020 Global Biodiversity Framework. These are the groups that determine the topics to be discussed in the next COP-MOP. After each COP-MOP, the different governments and organizations make submissions again to the CBD Secretariat and the 2-year cycle repeats.

The workshop also covered specific topics of the CBD such as risk assessment, gene drives, synthetic biology, socio-economic considerations and public engagement. Aside from Van der Meer, other keynote speakers included Dr. Isabelle Coche, head of the Secretariat for the Outreach Network for Gene Drive Research, Dr. Lucia de Souza of PRRI, Dr. Ranjini Warrier who served as the Co-chair of the AHTEG on Socio-economic Considerations from 2014-2019, and Ms. Wadzanayi Mandivenyi, head of the Biosafety Unit in the Secretariat of the Convention on Biological Diversity.

ISAAA plans to conduct another similar online workshop in September 2021. To know more about this, stay tuned for updates by subscribing to the Crop Biotech Update and by following ISAAA.org on Facebook, Twitter and Instagram. Visit the websites of the CBD and the CBP to know more about the COP-MOPS, the Convention, and the Protocols on biotechnology and biosafety regulations.

Continue reading Part 2 to learn about the specific topics discussed during the webinar.