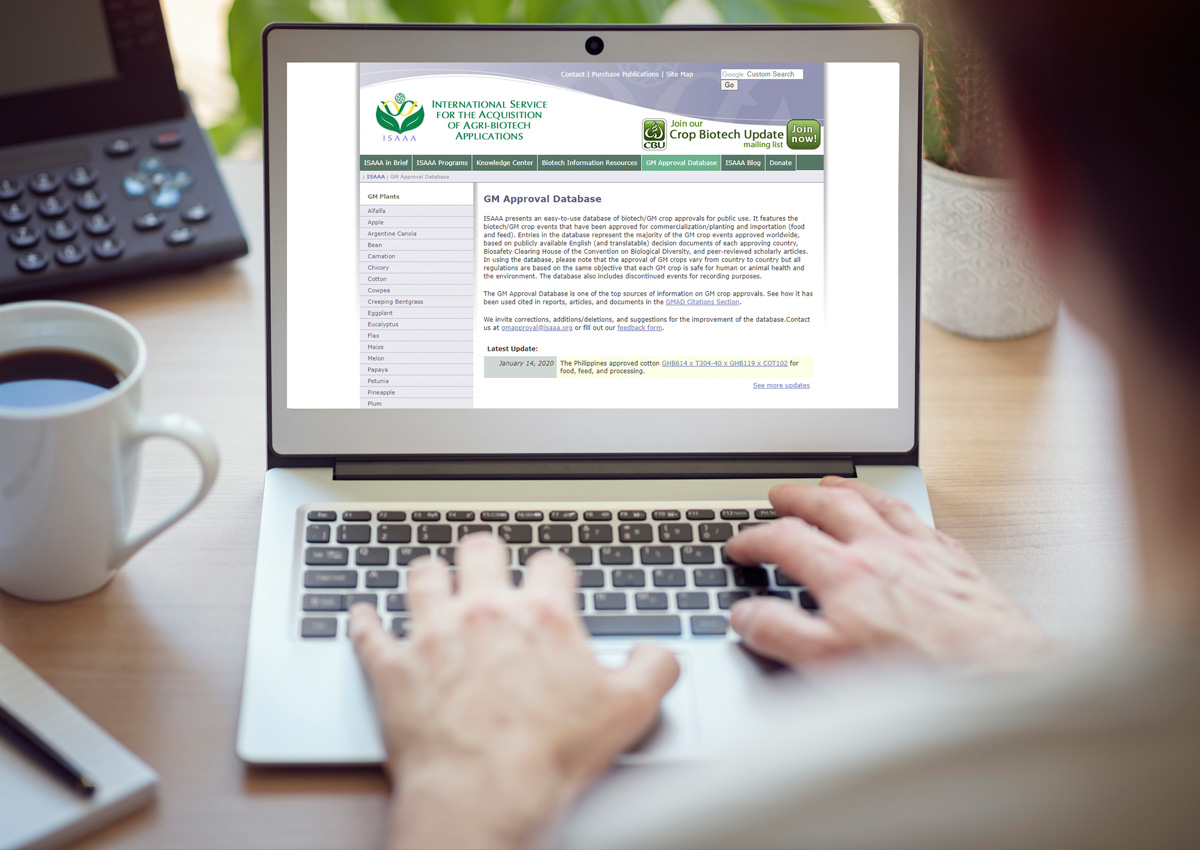 Many countries give out regulatory approvals to biotech or genetically modified (GM) crops for consumption either as human food or animal feed, as well as commercial cultivation. Since 1992, regulatory authorities from 70 countries have granted 4,349 approvals to 387 biotech events from 27 biotech crops, excluding carnation, rose, and petunia.

ISAAA keeps track of these regulatory approvals through the GM Approval Database (GMAD). Hosted by the ISAAA website, GMAD is an easy-to-use database on biotech/GM crop approvals for various biotechnology stakeholders and is one of the top online resources for such approvals worldwide. It has a simple and easy-to-navigate user interface, featuring the biotech/GM crop events that have been approved for commercialization/planting and importation (food and feed).

The entries in the GMAD represent the majority of the GM crop events approved worldwide, based on publicly available English (and translatable) decision documents of each approving country, Biosafety Clearing House of the Convention on Biological Diversity, and peer-reviewed scholarly articles.

In using the database, note that the approval of GM crops varies from country to country, but all regulations are based on the same objective that each GM crop is safe for human or animal health and the environment. The GMAD also includes discontinued events for recording purposes.

The database has a separate section, GMAD Citations which summarizes how it has been used or cited in reports, articles, and documents.

“It is a good source for relevant information on the use, legal status, approval, and new discoveries in agricultural genetic crops.” – Robert Zimdahl, retired professor, Colorado State University, USA